The 5 Largest Parks in Texas 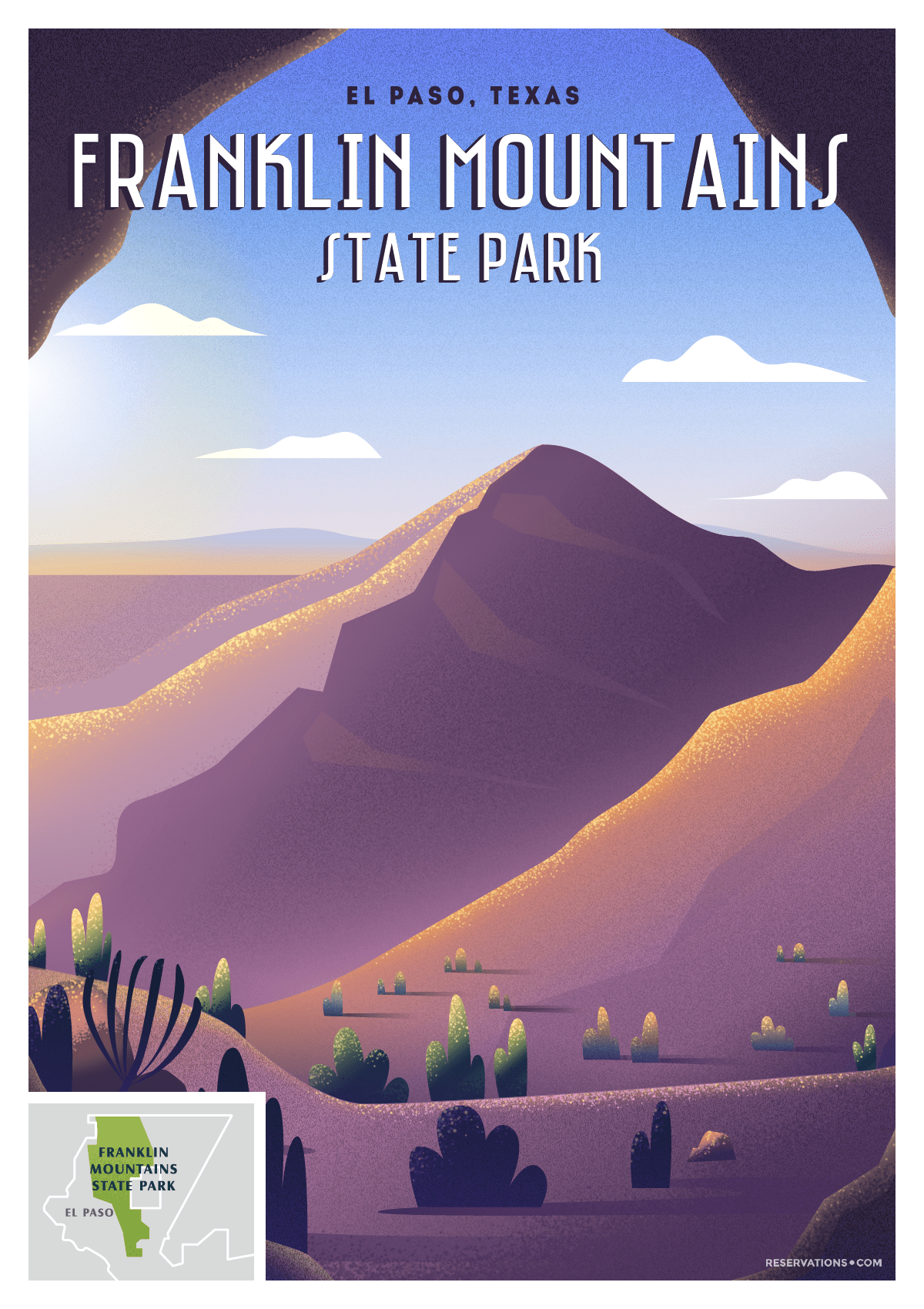 Climbing South of El Paso, the Franklin Mountains State Park stretches up towards New Mexico. Tilting and towering, this urban, high-desert mountain range is home to 470-million-year-old limestone and dolomite. It was also home to Native Americans for more than 12,000 years.

The highest peak in the range is North Franklin Peak, which reaches an elevation of 7,192 feet above sea level. The steep climbs reward with impressive views of the lowlands from those rusty cliffs. Even more impressive, the geological break of the Rio Grande between the United States and Mexico.

The Franklin Mountains are perfect for hiking, biking, rock climbing, and camping. In fact, the Franklin Mountains are home to some of the best hiking trails in Texas. So, it’s no wonder this outback park, full of spiky yucca and porky barrel cacti, provides a Texas-size tract of wide-open space to explore. After all, everything is bigger in Texas. 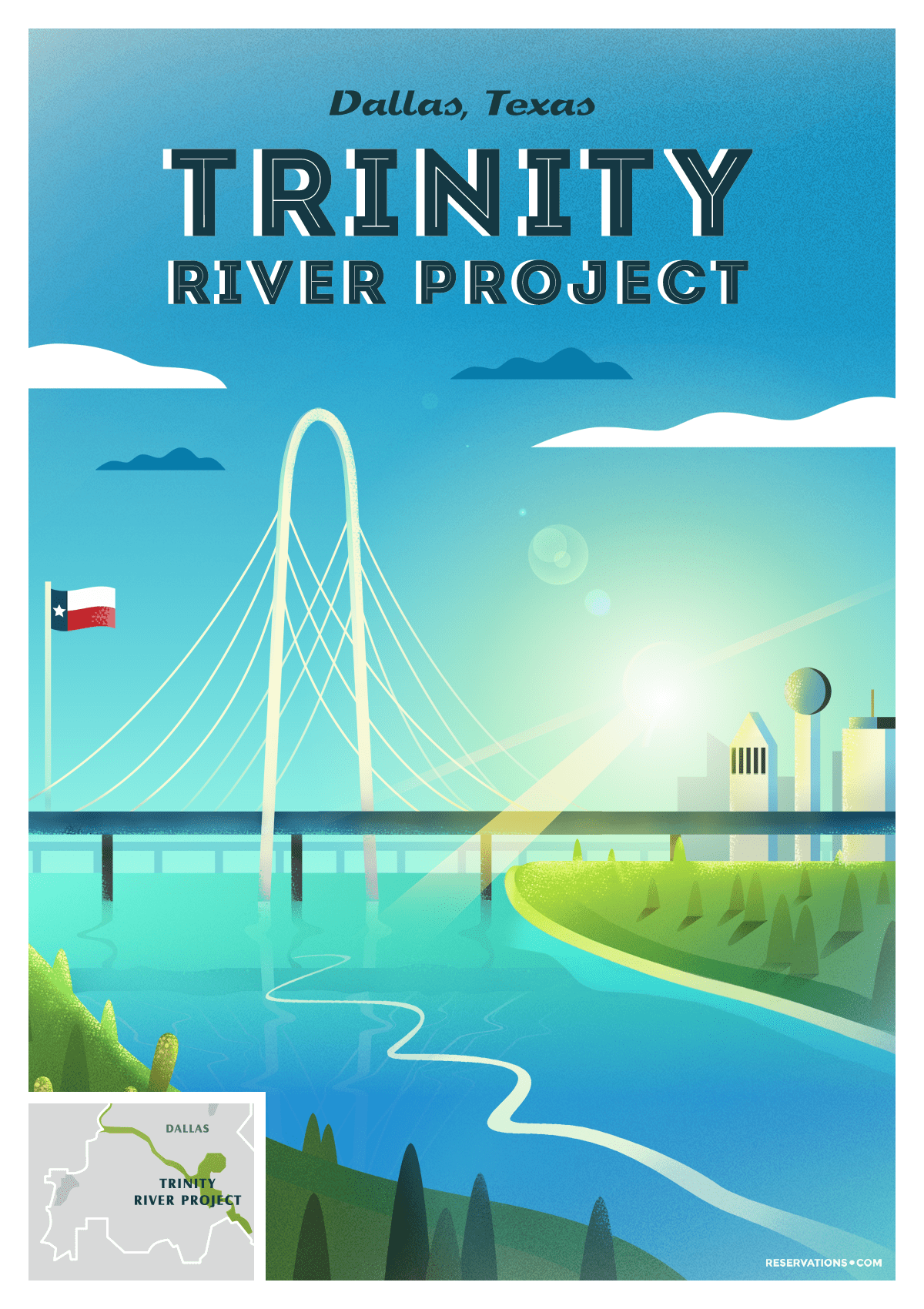 Famous for the same-name TV drama and for being home to the Texas State Fair, gleaming, urban Dallas and Fort Worth might be the last place you’d expect to find a lush and thriving forest environment. The Trinity River Project covers 20 miles along the Trinity River and it was developed for protection, recreation, environmental restoration, economic development, and major transportation. Within this park you'll find miles of paved biking and hiking trails, fishing and kayaking and tubing opportunities, major developments with restaurants and shops, other parks, and lots of things to see and do.

Even still, it is home to one of the last old-growth bottomland hardwood forests in this part of Texas. Giant Bur Oak, Cedar Elm, Cottonwood, Pecan, Post Oak, Live Oak, and Bois d’arc trees populate the forest.

Perhaps the most important tree is the Texas Buckeye. This variety of the White Buckeye is not only the largest but only thrives when left undisturbed and left to grow in peace. However, take care to note that the shiny seeds are known to be toxic. So, just as they say, “Don’t Mess With Texas!” We advise, Don’t Mess With The Texas Buckeye! 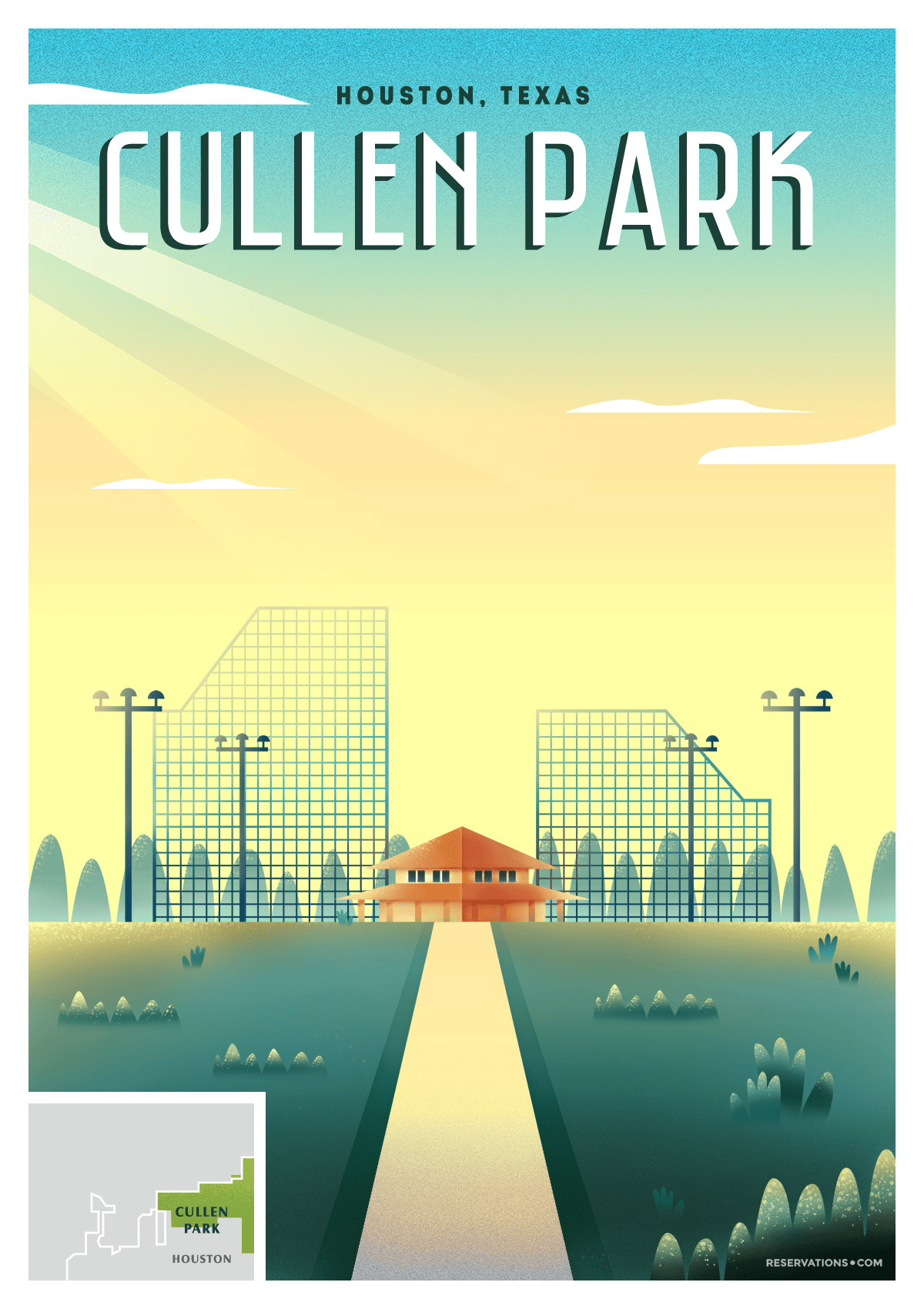 Originally, this area was known as the Addicks Reservoir. Cullen Park was engineered to retain runoff from storms that would otherwise flood area roads, homes and businesses. However, thanks to a donation from The Cullen Foundation and City Council approval in 1973, it also serves as a multi-faceted recreation park with developed trails, an archery range and more.

In 1986 for the U.S. Olympic Festival, Cullen Park became home to the Alkek Velodrome. The impressive 333-meter track is popular with local cyclists and is host to various national cycling events.  Cullen Park is home to over 8 miles of trails, a ballpark, and several picnic areas.

If you didn’t know, it sure does get hot in Houston. So, another feature is the friendly HEB Splashpad for the young and old. 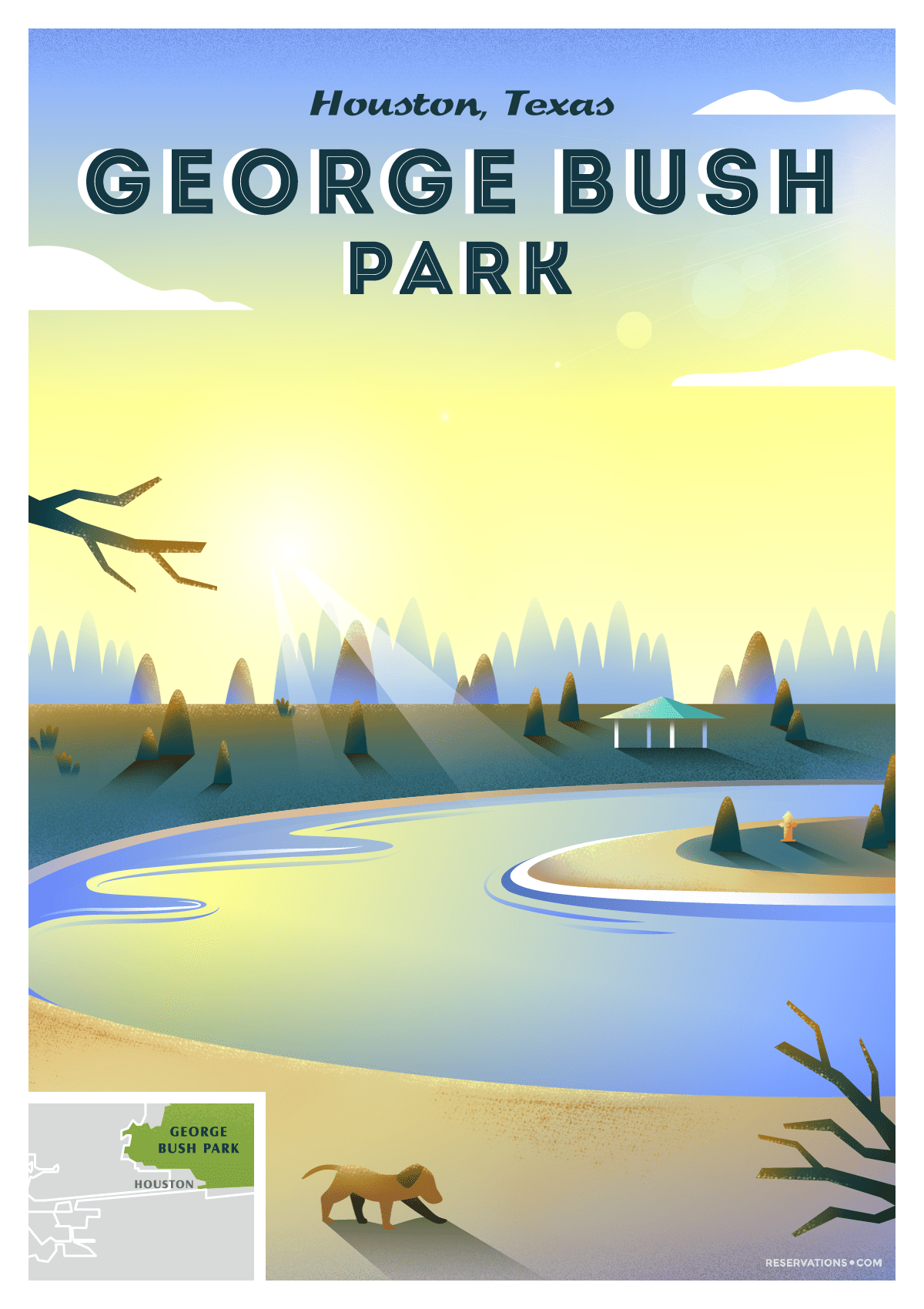 Designed as a floodplain for Buffalo Bayou to spill out into during the flood season, in other seasons George Bush Park is full of lush forests, green prairies, and marshy wetlands.

With an entire system of trails running up and down through the nature park, it’s easy to bike, run, or even ride horseback for miles.  George Bush Parks has restrooms, a shooting range, large soccer field, a baseball field, a pavilion, ponds, bike and jogging trails, tennis and volleyball courts, and playgrounds.

Practically floating, “The Boardwalk” is a wooden bridge crossing the bayou where you can observe the Bayou’s natural beauty. Sometimes you can even spot an alligator slinking along in the swampiest of spots. 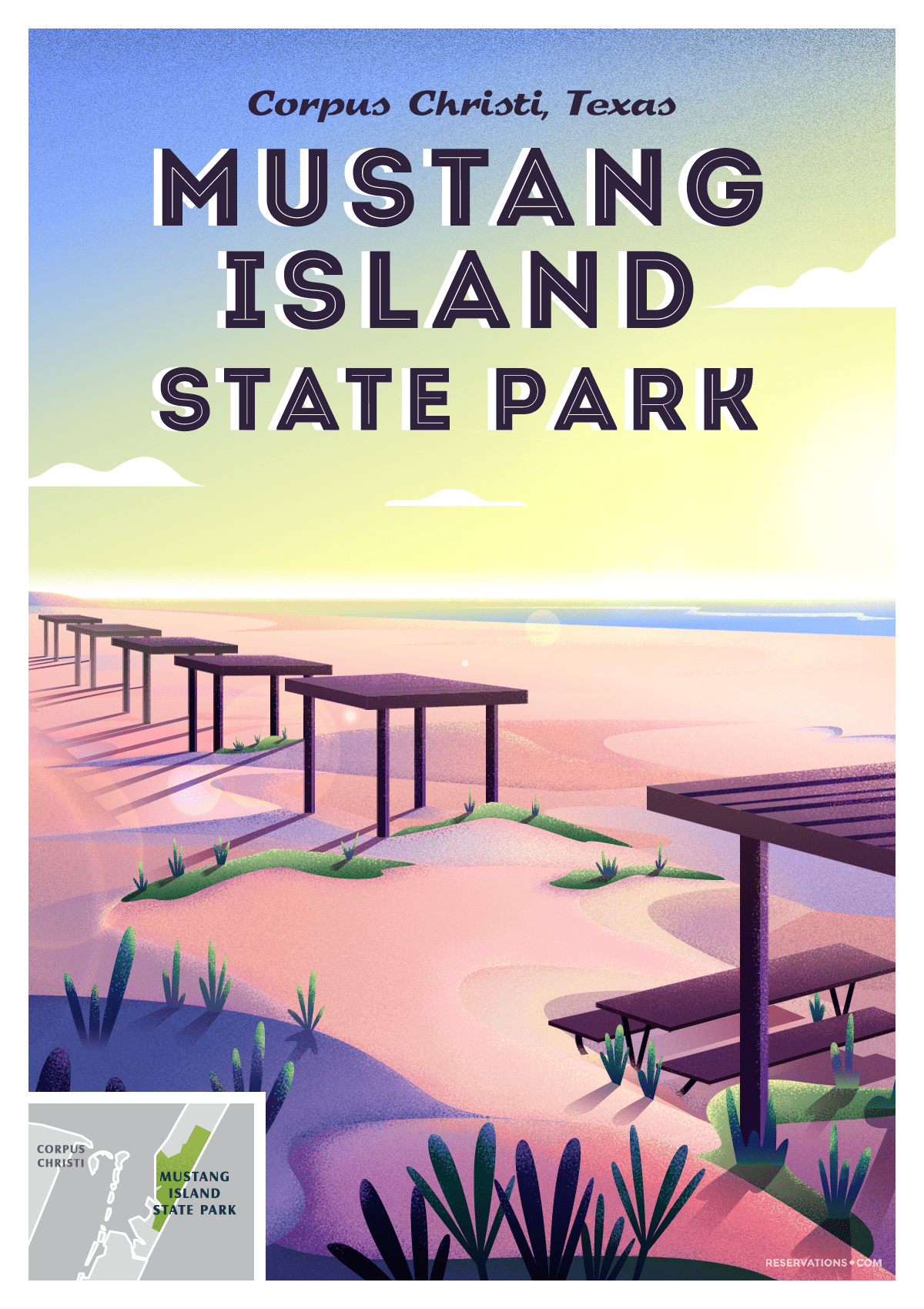 This Texas Island was once home to wild, free-spirited horses. You might think that’s just a Texas tall tale, but the story seems to hold. Though it’s not clear how those herds of mustangs got there, they were sadly gone by the 1800s.

Now Mustang Island State Park with five miles of coastland is inhabited by crabs, stingrays, and other coastal characters. The barrier island is popular year-round and even is a great place for winter or anytime camping. In addition, at Mustang Island State Park you can play at the beach (swim, surf, build a sand castle), camp, picnic, fish, hike, mountain bike, kayak, bird watch (especially during spring and fall migrations) and geocache.

It’s less crowded than other local beaches, offers over 20 miles of trails and some of the best shallow-water fishing in Texas.

Texas Outside has been alive & well since 1996 - that's ancient by today's internet standards! Texas Outside was originally developed by Lone Star Internet which is an Austin based web development company with an excellent reputation & client base. In March of 2006, we purchased Texas Outside & made a commitment to add new, exciting, & informative content on Texas outdoor activities & fun things to see & do.